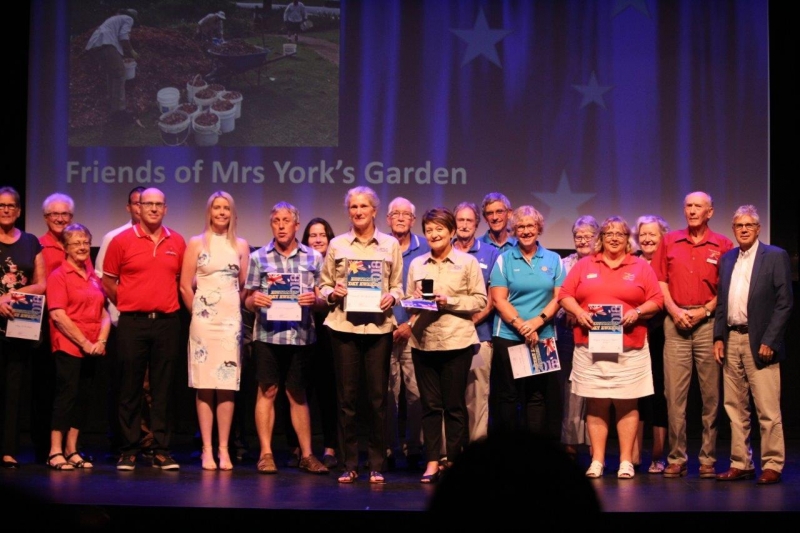 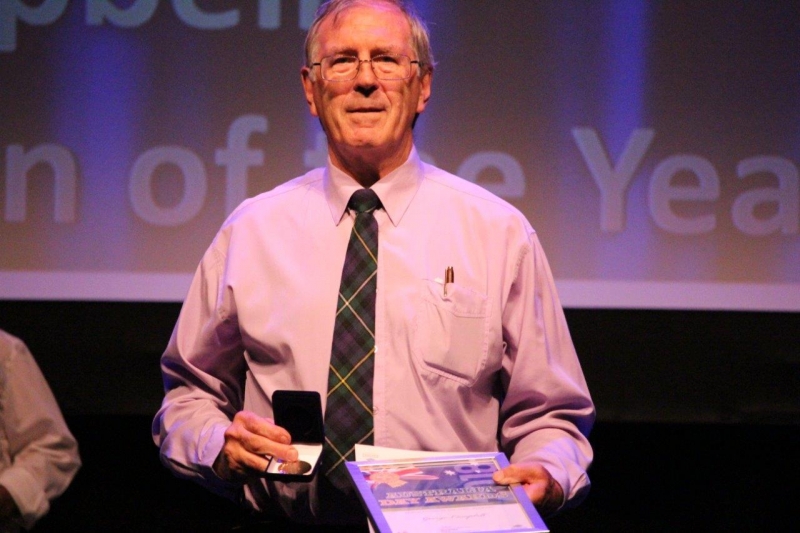 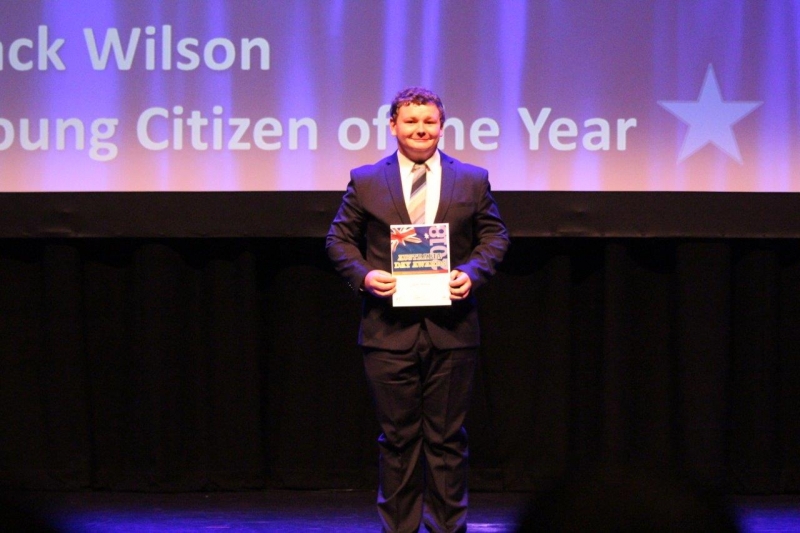 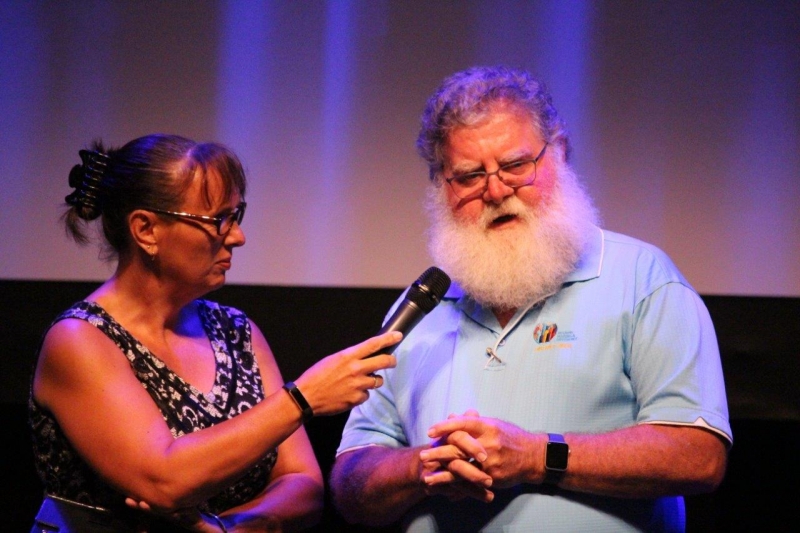 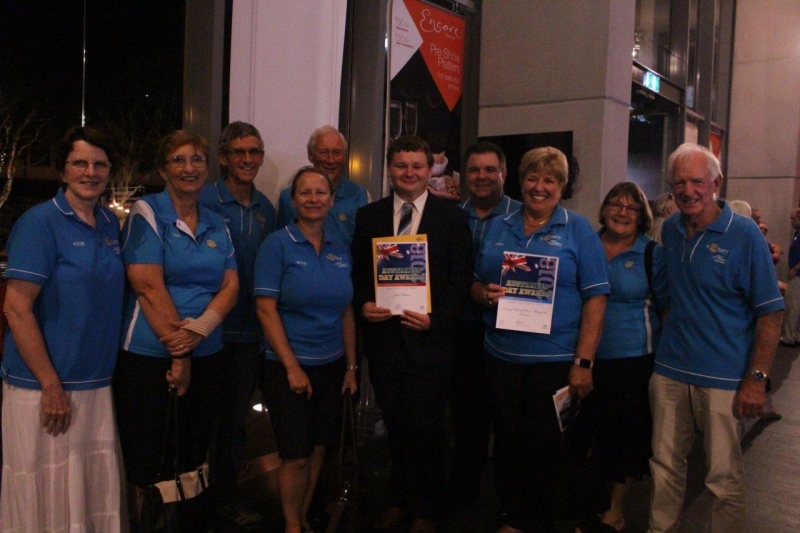 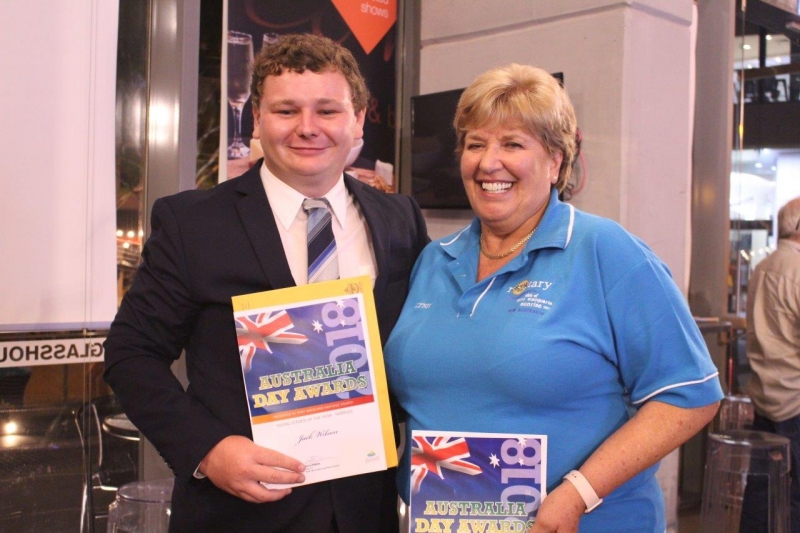 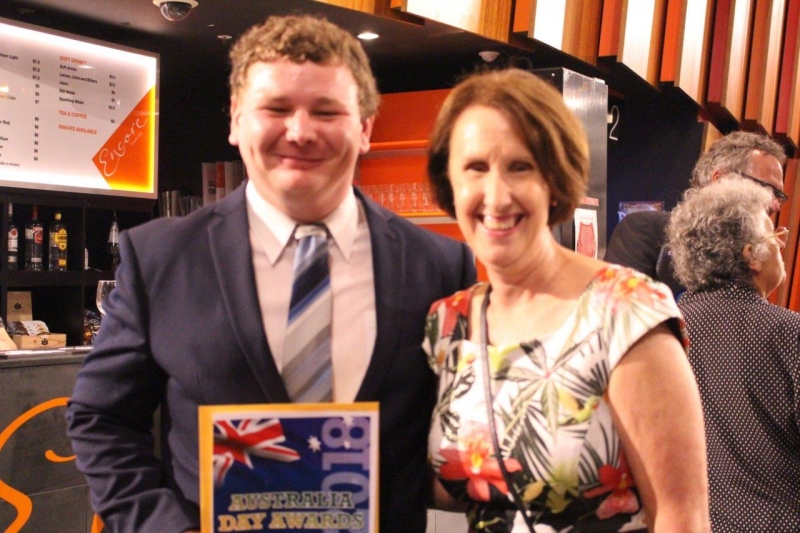 Sunrise Rotary was not only nominated for its contributions of over 1500
volunteer hours to the restoration of Tacking Point Lighthouse (now a major
‘must-see’ tourist attraction), but also for collaborating with Tacking
Point Lions, Friends of Mrs York’s Garden and the local Council to improve
the amenity of the Stewart Street/Gaol Point headland with pathways,
landscaping, seats and tree planting. Sunrise’s coordination of two major
events – the Big Dig and the Port Macquarie Hastings Sports Awards are now
an integral part of the Port Macquarie calendar. The club’s contributions
towards the extensions to Rotary Lodge have also enabled a further 47 units
to be made available to support those visiting the base hospital, especially
the cancer unit for ongoing treatment, a cost-effective place to stay.

Winners of the Community Group of the Year, the Friends of Mrs York’s
Garden, also publicly acknowledged the collaboration with Port Sunrise, who
lived up to their name and arrived at Sunrise to plant nearly 70 trees
before putting on a magnificent breakfast as part of the club’s response to
RI President Risely’s tree challenge.

Jack Wilson was nominated, not for his role as a driving force in the
establishment of Hastings Rotaract, but for his involvement in the club with
raising funds for Orange Sky Laundry, St John Ambulance, as a Rotary Youth
Leadership Awards leader, leading Port Macquarie Rotary Clubs alumni and the
Premier’s Volunteering Challenge – all while completing his teaching degree
with the University of Newcastle. Jack was a Student Services Officer while
the UoN teaching campus was co-located with North Coast TAFE. Need help –
always ask a busy person!